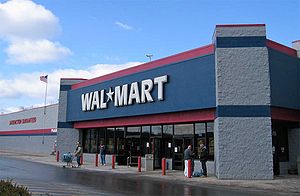 Wal-Mart has just stepped up to create a compelling online offer that should rival sites like Amazon.

Traditionally, Wal-Mart’s business model has been to sell its inventory and it makes huge profit through excellence and innovation in supply chain management.

Amazon, on the other hand, has a business model of selling other people’s inventory and it makes huge profit by acting as a portal and taking a portion of the revenue.

Both are good models. Recently, Wal-Mart has adopted Amazon’s business model for its online stores. That is, suppliers whose wares are not necessarily offered in Wal-Mart can be sold on walmart.com with Wal-Mart taking a share of the revenue.

This is a great step for the mega-retailer. Really, there were few companies that could compete with Amazon (the Wall Street Journal suggests that ebay is one of them) in this space but Walmart can do it. They have the web traffic (and it’s easy for them to get more web traffic through instore promotions, flyers, etc… everything they already do anyway).

It’s also a good step because it’s easy to implement. Many smaller suppliers who aren’t able to get into Wal-Mart just might be able to get onto their website which will generate more traffic. But Wal-Mart doesn’t really have to do anything other than supply the technology.

I can see other options, too, such as in-store kiosks where users can buy products that they can’t find in the store; there are also cross-promotion opportunities that Amazon doesn’t have, likepotentially having the products shipped to your local store so you can pick them up on your next trip.